Frank Pasquale is a professor of law at the University of Maryland, and his research explores how rapidly changing technology poses challenges to information law. He is author of The Black Box Society: The Secret Algorithms That Control Money and Information, which argues that we need greater transparency from Silicon Valley to understand how big data affects our daily lives. 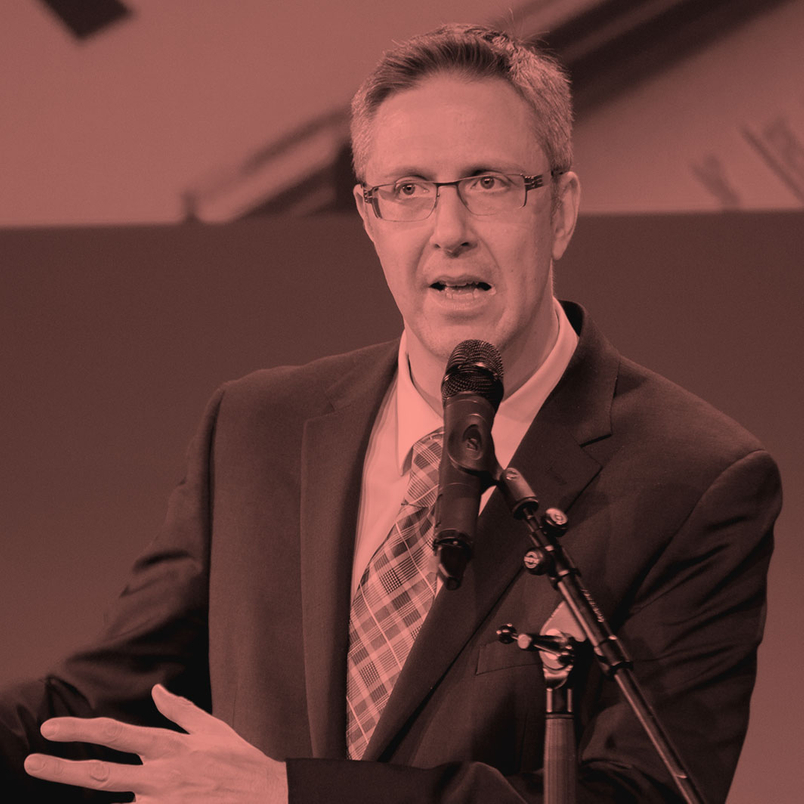 You argue in The Black Box Society that there is an urgent need for “algorithmic accountability”, can you explain what this means?

The main idea behind this movement is to bring together social scientists, lawyers, computer scientists, and journalists to critically examine algorithmic decision-making processes at firms and in governments, in order to detect inaccurate data, inappropriate data, bias, and other harmful effects such as the enhancements of inequality, and to call public attention to those, and to propose solutions to them.

I like the idea of accountability as one entity being able to call another to account, or to impose responsibility on another for the damage or harm that that entity causes.

What are the biggest consequences of our past and present failure to hold tech giants to account?

I think that the thing that’s gotten the most attention over the past five years has been discrimination, and how the same types of biases and structural impediments to opportunity that exist against minority groups in the real world are affecting people online.

I care a lot about the effects on inequality of both income and wealth that are caused by this digital vortex, by the concentration of people onto gig platforms, by the structure of pay and opportunity in the industry.

Also, another issue has been the deformation of the public sphere via manipulation, bots, foreign interference online that has really, I think, subverted the premise and promise of online democratisation over the past several years.

What are the major problems that arise when trying to reign in tech giants with legislation?

I think that one of the issues that’s made it difficult is that there is the “innovation excuse”. It’s the idea that, ‘Oh, we just need to wait a little bit longer, and wait a little bit longer, and give these entities a chance’. And I think that’s a real problem because I think there’s this bias against action by policymakers who say, ‘Oh, well, these are innovation companies and we don’t want to harm innovation’.

Perhaps that made some sense in the early 2000s, but at this point, they’re the leading firms in the economy. Even if they’re not leading in terms of contribution to GDP, they’re structuring what’s found online and what that economy looks like. So I think that’s part of the barrier.

The second barrier is just sort of the immense power of these firms. And they just are everywhere.

You’ve argued these companies no longer participate in markets, but “make” markets themselves. Could you explain your concept of “functional sovereignty”?

Territorial sovereignty is when a state, or city, or nation rules a land. But online, it’s often functionally sovereign, because if you have the function of being on Amazon Marketplace, or driving a car for hire, or renting your rooms, then it’s Airbnb, or Uber, or Amazon who are going to be functionally sovereign over you.

Old economic regulation presumed that leading firms in the technology sector were participants in a market economy, and the idea behind regulation was to make their participation and their competition fairer and open. The difference, and I think the reason why functional sovereignty is more appropriate [as a term], is that actually these firms are so powerful that they are structuring markets for others. Because of their immense power, they’re actually sovereign – they actually are the final word for many entities that are on their platform.

So, for example, this idea originally grew out of my work on Google AdSense and the treatment of advertisers on Google, where you could get the “Google death penalty”11.A sudden drop in search-engine rankings. if you were judged to be too aggressively optimising for search engine prominence. There’s no real due process there. That was in the 2000s, but now you see it, for example, with Amazon and the companies on its marketplace platform. Amazon is sovereign over them; it has complete power over their presence there.

How can we possibly go about fixing this? What practical solutions could be implemented?

There is a great proposal that was recently made by Lina Khan, who works for the Open Markets Institute, which would separate platform from commerce. So one of her ideas is that, let’s say that Amazon is running a marketplace that has 20 bag sellers on it. Her proposal would prevent Amazon itself from devising its own bag and competing against those companies whose fate it controls on its own marketplace.

With respect to Uber and Airbnb, there is a proposal by Janelle Orsi that would essentially allow towns to set up their own Airbnb that would code into the platform their own regulations with respect to occupancy limits, and fair housing goals, and other things like that. And I think similarly, there are some entities that are trying to develop platform co-ops with respect to car hailing apps.

These are more competitive strategies to promote entities that can compete with these monopolists. I worry, though, a little bit about competition, because I feel like there’s just such an immense advantage of the large firms here that, ultimately, we’ve got to get started with the regulation even to make room for competition.

One final example of a proposal that’s helpful is giving the power to independent contractors to unionise, and to otherwise organise and strike for better wages, or put pressure on the platforms for better terms when it comes to labour platforms.

What’s preventing us from making these meaningful changes right now?

I think part of what’s happening now is that so many other issues have crowded out these sorts of economic justice issues: we’re lacking the mind space in politics. I think it’s particularly true in the US and UK, between Brexit and Trump.

These phenomena are good examples of a democratic polity being distracted from some really core issues for way too long a period of time.

To take some responsibility as an academic, there still is difficulty in explaining how these dynamics can harm people. People often see themselves as consumers, and see everything that the big firms are offering as ways of just helping them eke by in an increasingly competitive economy. But it’s harder to tell the story and to understand the story of how the firms themselves helped contribute to the precarity that makes them so necessary for consumers right now.

Do you feel there have been improvements since you wrote Black Box?

I gave a talk in Taiwan about this, the title was: “From Black Box to Black Hole.” I proposed the black hole metaphor because I feel like even if things were more explainable, the current dynamics in the economy are drawing more and more power and money to these very concentrated entities in the finance and tech sector. And that is really a burden on the rest of the economy.

And we’re also all under their gravitational pull to conform more and more of our actions to what they think are best for us. There’s got to be some level of reclaiming of democratic authority vis-à-vis the very large firms that are trying to structure so much of the market and our social lives.

So I think that, yeah, things have gotten worse. My book was full of these very incremental reform ideas. What I found very frustrating, in the US at least, is that all of these reforms, they were predicated on conscientious government application of expertise over a decade or more. And what we’ve seen with the Trump administration is just a complete abandonment of so many of these things, so many of the proposals and ideas that were put forward.

So what can be done?

If incrementalism is that discredited, you have to move forward in something more dramatic. There’s this idea for information fiduciaries, whereby big platforms would have to protect your data to the same extent that your doctor or lawyer protects your data. Now, that’s one idea, but given how lawless they’ve been, and how few consequences they’ve faced for their obvious breaking of laws, you’ve got to move toward to what I think is a much more dramatic proposal, which is just to split them up, to split up Facebook into Facebook, WhatsApp, Instagram, as a beginning, and then to just reduce their power.

Because it seems as though many of the democratic institutions and legal institutions that are supposed to be enforcing the law against them have effectively been captured or neutered by the firms themselves, and they do not really pose any direct significant threat to their bottom line, which is all that they care about.

Do you think the comparison to the American Gilded Age22.An era in the late 19th century characterised by rapid economic growth and the concentration of wealth in some hands, while others lived in poverty. is a valid one?

Absolutely. The figures don’t lie in terms of the incredible concentration of wealth. This is not just a top one per cent phenomenon, it’s a top 0.1 per cent phenomenon. It distorts society and undermines solidarity in so many ways, because even people that are doing well look above and see others that are doing fantastically well, and more importantly, use their wealth to distort political processes. Someone who has $6 billion, who keeps half of that in risk-free rate of return type assets, they’re making $10,000 an hour, and they’re wreaking havoc in many ways.

Do you feel on balance that the web, and the internet more broadly, has been a force for good, or a mostly negative influence on society?

I have to say, given the problems of the public sphere that have been so prominent over the past few years, I have to say it’s a net negative. Because I don’t think that it would be possible to see these types of authoritarian right wing populism without the accelerant of online life. And I think that that is the chief danger we face, which is a complete unravelling of democracy, and an unleashing of people’s worst instincts.

I think that the internet is in a hole. I mean, clearly there are a lot of incredible things it’s done, and it would be much harder to lead my daily life without it. But we’ve got to also be able to step back and say, what’s happening with our political institutions? And how are we dealing with the world’s biggest problems? And I think there the internet has been a net negative.

This interview has been edited and condensed for clarity