Jimmy Wales is a co-founder of Wikipedia, the web’s biggest encyclopaedia. An internet entrepreneur and pioneer, in 2004 he dreamt of “a world in which every single person on the planet is given free access to the sum of all human knowledge”. Here he reflects on misinformation, fake news, and the future. 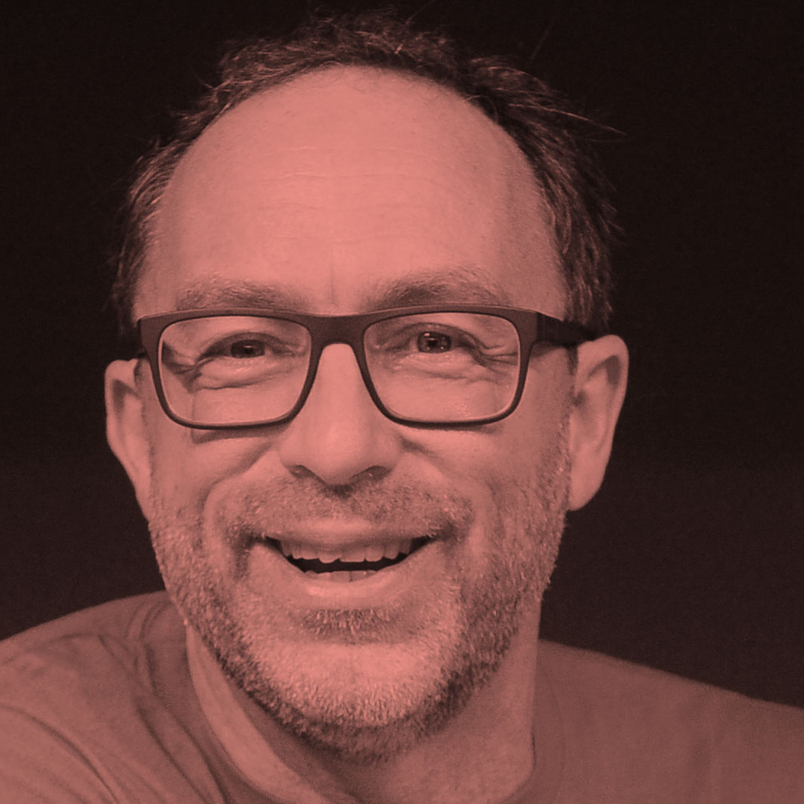 Eighteen years ago, did you imagine that Wikipedia would be in the position it is today?

I have always joked that I am “pathologically optimistic” so in a sense, I expected Wikipedia to be what it is today. But more realistically, while I had high hopes, I didn’t really fully understand what it would mean for Wikipedia to be a part of the infrastructure of the world.

Wikipedia is arguably the largest depository of knowledge on the internet. If you imagine the internet as a battle of misinformation versus information, do you think that the truth is currently winning?

The truth always wins. It sometimes takes longer than we would like, of course!

What do you think it is about the Wiki community that motivates people to collaborate and build something together, while you might see less of this behaviour on say, Facebook?

You’ve been called “the good guy of tech” – what are your thoughts on this? Is it simplistic to think that many of our current problems are the result of “bad guys” in Silicon Valley out for personal gain?

I think Silicon Valley has a lot of very idealistic and positive leaders, and I don’t agree that personal gain necessarily implies being a bad guy!

And I think that we should carefully distinguish between political power (which includes, ultimately, the power to use force) and business power (which always means a matter of choice). Business power used badly is of course a bad thing, too, but the idea that business is to blame when we see politicians worldwide fuelling hatred and division to get power is misguided to me.

Would the internet be a better place if other popular websites were also non-profit, like Wikipedia?

I expect that in the next few years, as payment methods have become easier, we will see the rise of a lot of new services funded in new ways, led by demand from consumers who are unhappy with what they are getting today.

Whose responsibility is it to build a better internet? Should we look to governments, law makers, or users?

I think the internet is great, and I think that everyone can be involved in the process of fixing it. I think the most powerful positive changes will come – as they usually do – from entrepreneurs who envision a better future and set about the process of building it.

A huge risk to that is well-meaning but misguided politicians seeking to “fix” things in the current environment but who do so by passing laws that entrench the existing giants and stifle innovation.

Do you still edit Wikipedia every day?

I think I edit Wikipedia about as much as I ever have. My work on Wikipedia is only a little bit about editing and mostly about working with the community on policy. And I spend a lot of my time these days working to encourage lawmakers to think more clearly about the internet – their bumbling around is the biggest risk we have today.

Censorship is on the rise, always by people who think of themselves as good people, even though they clearly are causing harm.

In the past, people have criticised Wikipedia for having majority male editors. How are you trying to fix this problem?

It’s something that we talk about a lot, and something that I personally think we should invest in a lot more. We look at the problem in a number of different ways including technical barriers to editing (which cuts out a lot of people, not just women, but lets through computer geeks who are overwhelmingly male), cultural issues in the community (we have an inclusive vibe but with some blind spots), etc.

What have the biggest challenges been with running WikiTribune, the volunteer-run news website you launched in 2017?

Remember that I’m a pathological optimist, so it is very hard for me to think in terms of “challenges”!

I guess if I had to pick something, I would say that it is hard to get the balance right between journalists on staff and the community. We are currently in a phase of building up and empowering the community by big changes to the software and “opening up” across the board. I’m excited for the next few months.

Do you believe, on the whole, that the web and the internet more broadly has had an overall positive or negative influence on society?

The effect is so overwhelmingly and clearly positive that I don’t even know why anyone would ask this question!

This interview has been edited and condensed for clarity