Kaiser Kuo is the host of Sinica, a current affairs podcast about China. Formerly the director of international communications for Baidu, Kuo bridges the gap between China and America through his journalism. He is also a heavy metal musician. 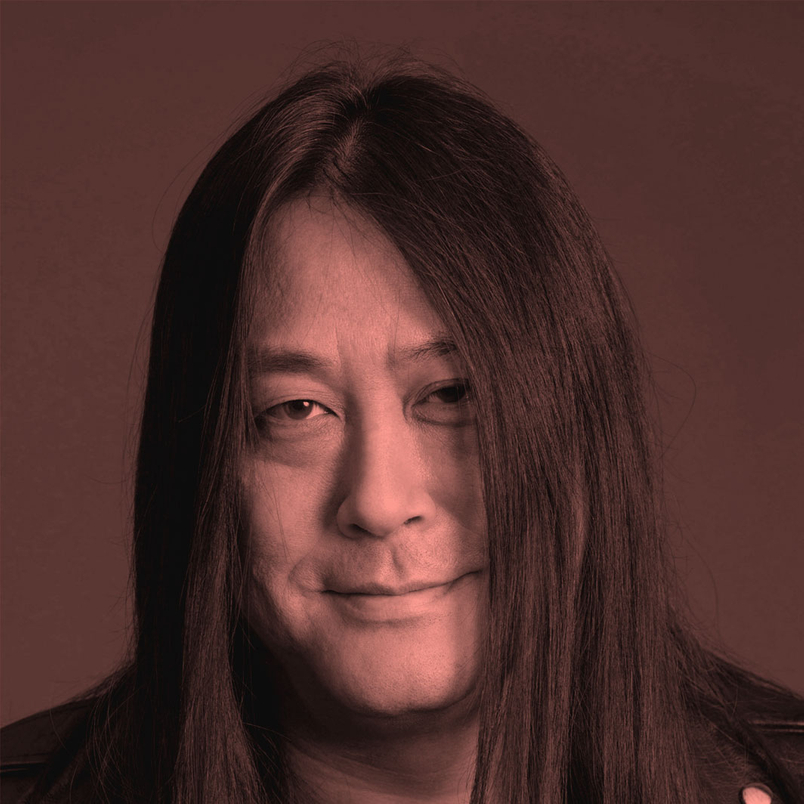 Historically, how different are Chinese and American attitudes and approaches to the internet?

Well, I think they’ve converged and diverged at different points. The early days of the Chinese internet, the influence was very, very strong from Silicon Valley. Many of the early internet entrepreneurs in China had actually spent time, quite a bit of time, in the United States, so there was a lot of that DNA in the early Chinese internet.

Most of the founders of companies, if they were not themselves people who had returned from the United States, were very much steeped in American culture. Look at people like Jack Ma.11.Co-founder and executive of the Alibaba Group, the world’s largest e-commerce company. He was an English teacher. He was a real Americophile. And they were very much looking to that as a model.

Of course, business models were borrowed straight from the United States as well; funding often came from Silicon Valley or from Sand Hill Road22.A road in Silicon Valley with a high number of VC companies. venture capitalists. And then, when they looked to tap capital markets, they looked straight to the United States. They all wanted to list on NASDAQ.33.An American stock exchange, the second largest in the world.

And this is all happening in a country where you have to be mindful the leading party is obsessed with maintaining control of those commanding heights, those strategic sectors. But they didn’t do that, I think, in the case of the internet because they simply couldn’t keep up. It was happening too fast.

In the West we’re now seeing increasing emphasis on internet ethics and online privacy, are these discussions starting to become more important in China?

It’s interesting. In the United States, the conception of the internet has changed. We thought of it as this benign force for human liberation. We thought of it as something that floated free above the petty concerns of nation states, that it had a volition of its own, it wanted to be free. That lasted for quite some time. Even recently, we believed that the internet, taken as a whole, and especially with the advent of social media, was going to be this force that would liberate people who were toiling under oppressed regimes or oppressive regimes. And that’s completely flipped.

We went from thinking that it was going to be this force for liberation to this notion that it’s the handmaiden of authoritarianism, and I think that says actually more about the US than it says about the internet. We had some very bad experiences here in the States, disappointments like thinking that it was going to drive the success of the Arab Spring uprisings or the Colour Revolutions,44.A series of related early 2000s revolutions protesting authoritarian governments. In China, a 2011 call for a pro-democracy protest known as the “Jasmine revolution” was posted on social networking sites. and then just seeing now the smouldering ruins of the Arab Spring states and realising that Russia was able to use [the internet] to really compromise our electoral system, that Cambridge Analytica, the bad actors were able to use it.

We look at it and we now see how it made us so tribal and fractured. We think now so much about the dark recesses, these troll layers, about 8chan55.An anonymous imageboard website infamous for extreme and lawless content. The primary suspect in the March 2019 Christchurch mosque shootings seemingly posted to 8chan before the attack. and radicalisation of people on the internet. Our whole take on it has changed.

And a country like China and polities like the European Union can look at it and then say, well gosh, I’m glad we didn’t do this or that, and I’m glad we were a little more stringent when it came to privacy, in the case of Europe, or in the case of China, maintaining a state role in policing content. And so there’s a lot of ‘there but for the grace of God go I’, or ‘we made some good choices.’ That, of course, this is very unfortunate from the point of view of somebody like me who hopes that more liberal practises will prevail in China when it comes to internet regulation.

Do you think Western coverage of China is accurate?

It’s spotty. The narrative around Social Credit has largely been corrected now.66.Social Credit is a proposed system by which Chinese citizens and businesses can have their reputation ranked. I think in the popular consciousness people still associate it with this Black Mirror, Orwellian kind of thing. But I think within the media itself, within people who watch it carefully, they’re being much more careful. They’ve been chastened by the very bad reporting on it.

But that doesn’t change the fact that, yeah, the dominant narrative in it is still one of China using technologies for surveillance, and not just digital technologies but also biotechnologies for purposes of control. So it’s a strange place we’re in right now. We’ve gotten so pessimistic about technology that we’re projecting it, I think, into other places, sometimes even undeservedly.

Can Chinese and non-Chinese models for the internet eventually coexist?

It’s really hard. Right now, we’re seeing the descent of this digital iron curtain. The United States is trying quite actively to decouple technology from China. They seem very happy with the idea that Huawei is just going to split.77.The United States have accused the Chinese telecommunications company of espionage, stealing trade secrets, and dodging sanctions in Iran. The US government is encouraging other nations to restrict access to Huawei products.

There’s this very, very deep suspicion of all technologies of Chinese origin. It’s plain to anyone watching US-China relations that all of the tensions now really centre on technology. I wouldn’t call it a cold war yet, but strains are happening. It’s quite unfortunate.

Another narrative that has flipped is we went from believing that China was more or less incapable of real innovation, that it was a merely imitative place, to now, in the span of three or four years, suddenly thinking they’re out innovating us and they’re going to eat our lunch.

We went from dismissal of top-down approaches to stimulating innovation, just believing they don’t work, to suddenly being very afraid of them, presumably because we believe they can work. So I’m not sure where our thinking is.

What’s your personal vision of the ideal future internet?

That’s tough. We have to be realistic. We have to realise that what the internet is going to look like will have to depend very much on the historical experience of the countries or the regions in which it’s used. We have to recognise that there are different political cultures extant in the world.

There are places in the world deeply imbued with religious traditions, and some of the things on the internet are deeply at odds with those. There are pluralistic countries and open countries, and there are decidedly illiberal countries in the world. And we have to be careful about just blithely saying, well, those countries should just take the leap into pluralism and become deliberative and participatory democracies.

I would like to see that happen, but I don’t think it happens all at once. And I think that forces like the internet are where this is played out. So I think we have to be mindful of cavalier efforts to use the internet to force open other countries. We have to understand that there are significant costs in doing that. That stops short of this idea that we have to simply respect the internet sovereignty of anywhere in the world, but I don’t think we can be entirely dismissive of the idea either.

So, realistically, what are are your predictions for China specifically?

I still remain optimistic for China. I think that when China doesn’t feel cornered and threatened, it relaxes and liberalises. We saw that very much in the decade of the 2000s, after September 11th until 2008 or so. I think that when China feels cornered, it feels like it needs to defend against that sort of sharpest weapon the United States has, which is the use of technologies, especially of interactive technologies.

So it’s naturally very frayed when it sees the United States append the name of some social media product of its own creation to each of the Arab Spring or later Colour Revolution uprisings. China gets very nervous, and so they clamp down on this stuff. And I don’t think that’s good for anybody.

Do you think the top-down approach allows more structured long-term visions than the haphazard developments we might see in the West?

I think the jury’s out. I don’t think that we can declare that China’s top-down vision has won in any meaningful sense. I still tend to think that the messier, more organic way tends to produce less brittle, more directly useful technologies. I don’t subscribe to that idea that it’s only the tinkerer in his garage, that kind of boot-strapping mythology, but nor do I think that purely state-led efforts will succeed in creating a real technological vibrancy throughout society. In all things, freedom and discipline are always in tension, and that’s usually healthy.

Upon reflection, has the web and the internet more broadly had an overall positive or largely negative effect on society?

Oh, undoubtedly positive. The democratisation of access to information has been a marvel. I think that it has been just one of the forces to truly spread intellectual equality. There’s no question in my mind that it’s a net good.