Marleen Stikker is an internet pioneer who co-founded The Digital City, a non-profit internet provider and community for Dutch people, in 1994. She is now director of Waag, a cultural innovation centre in Amsterdam. Here, she explores the early beginnings of the internet, explains what went wrong, and ponders the future of online life. 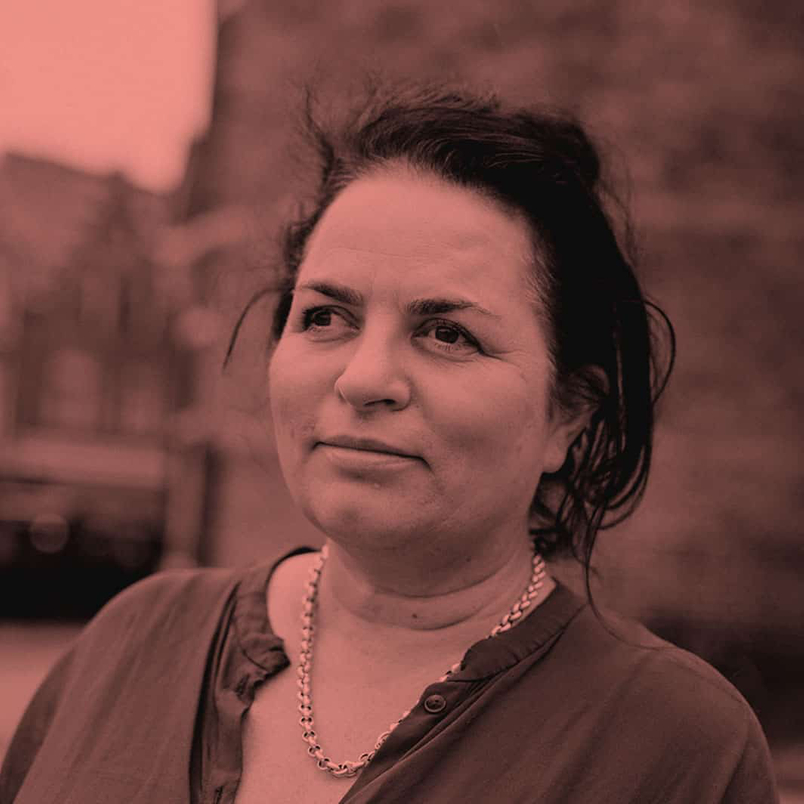 You have personally been involved with the internet from the beginning of the web. What have we lost and gained since those early days?

Back in 1994 when we launched the Digital City, the internet was a green field: it was an open common where shared values thrived. It was an environment for creation, experimentation, and social and cultural values. There was no commercial expectation at that moment and there was no extraction of value for shareholders. The governance of the internet at that time was based on what the network needed to function optimally, the standaard committee IETF made its decisions on the basis of consensus11.The Internet Engineering Task Force is an organisation which develops voluntary internet standards..

We lost the notion of the commons: the internet as a shared good. We basically handed it over to the market, and shareholders’ value now defines how the internet functions. We didn’t only lose our privacy but also our self-determination. The internet is basically broken.

What do you think was the most influential decision in the design of the World Wide Web? How could things have turned out differently if we made different decisions?

The World Wide Web became synonymous with pages and therefore publishing, which emphasises the idea it was to do with classical publishing and intellectual rights regulation. Before the World Wide Web, the internet was much more a performative space, a public domain. The publishing metaphor was a set back and for me quite disappointing.

What were the big mistakes where we went wrong in the development of the internet? How do you believe these mistakes have shaped our society?

The whole emphasis on exponential growth, getting filthy rich through the internet, has been a real problem. Basically handing over the internet to the mercy of the capital market has been a major miscalculation. We should have regulated it as a public good and consider people as participants instead of consumers and eyeballs. Now we are not only the product, but the carcass, as Zuboff underlines in her book on surveillance capitalism. All the data is sucked out of us and we act in a scripted nudging environment, captured in the profiles that companies store in their ‘black box’. We should have had encryption and attribute-based identity by default. The fact that these companies can build up their empires without regulation on the use of our data and behaviour has been a major flaw.

We have to re-design how we deal with digital identity and the control over our personal data.

How do you believe the internet has shaped society for the better?

The internet is empowering people by giving means of communication and distribution, and it enables people to share their ideas, designs, and solutions. For instance, in the MakeHealth program that we run at Waag22.MakeHealth allows patients, doctors, hospitals, designers, and artists to collaborate to find solutions in healthcare. or the open design activities.

Can you explain your idea for a full-stack internet and tell us more about it?

I believe we have to design the internet as a public stack, which means that we have to start by expressing the public values that will be guiding the whole process, it means that we re-think the governance and business models. We need open and accountable layers of technology, both hardware, firmware operating systems and applications.

It means that we ensure that there is accountability in each part of the internet. At the basis of all this should be the design for data minimisation, data commons, and attribute-based identity so people can choose on what they want to reveal or not.

We are good at diagnosing problems with the internet, but not as great at finding solutions. What should we do next, and who should implement change?

It starts with acknowledging that technology is not neutral. That means that we need to diversify the teams that build our technologies and make public values central. We have to regulate big tech and build alternatives towards a commons based internet. The governmental and public organizations should make explicit choices for public technologies and alternatives.

What is your positive vision for the future of the internet?

After leaving the internet to the market the last 25 years I believe we will need another 25 years to bring back the commons and have a more mature and balanced next generation internet. I do believe 2018 has been a turning point.

Are you personally hopeful about the future of the internet?

I think the coming era could be game changer, if we keep on working together I see a positive future, we can regain a trustworthy internet.

If we use the current crisis for good, we can rebuild a trustworthy internet. We will need to rethink the principles behind the internet. We need to be thorough and choose an active involvement.

On the whole, do you think the web, and the internet more broadly, has had a positive or negative influence on society?

Both… It gave a lot of people a voice and a way of expression, which is still one of the major achievements of the internet. But it also put our democracies in danger and if we are not able to counter these new powers, the outcome will be a very negative one. If you can’t counter surveillance capitalism the outcome of the cost-benefit will be extremely negative.