As president of Estonia from 2006 to 2016, Toomas Hendrik Ilves pushed for digital transformation, ultimately leading Forbes to label him “the architect of the most digitally savvy country on earth”. Every day, e-Estonia allows citizens to interact with the state via the internet. Here, Ilves discusses why other governments might be slower with such developments, and ponders how things can improve further in the future. 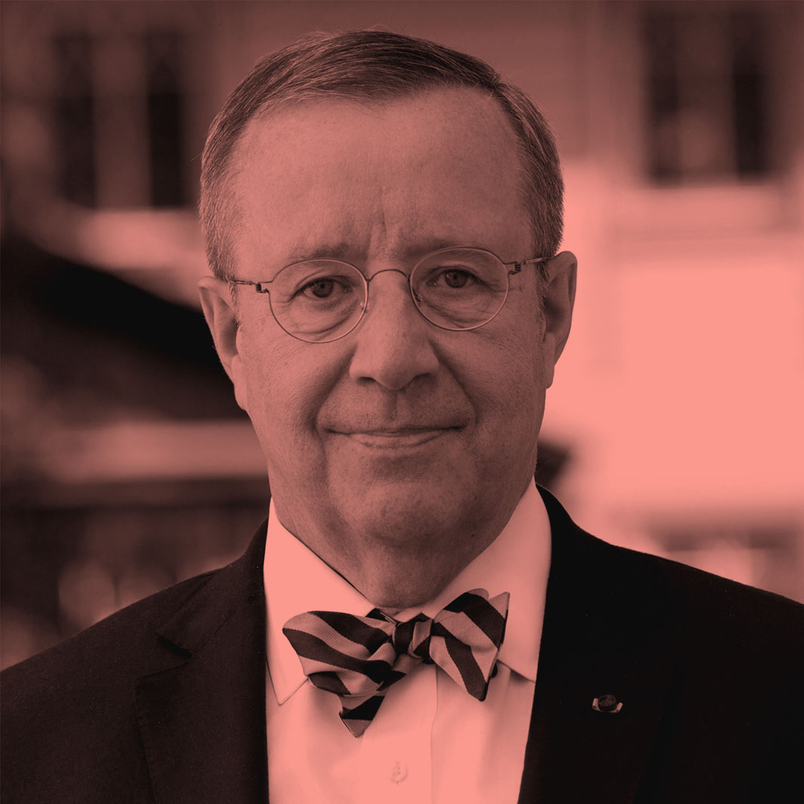 Estonia had a rapid ascent to becoming a leading digital country, how did you push for this as a diplomat in the 90s?

Estonia became independent in ’91, and everyone was trying to figure out what we should do – we were in terrible shape economically and completely in disaster. Different people had different ideas. My thinking was basically that no matter what, we would always be behind.

In ’93, Mosaic11.The web browser that popularised the World Wide Web. came out, which I immediately got. You had to buy it at the time. I looked at this, and it just struck me that, ‘Wow, this is something where we could start out on a level playing field, no worse off than anyone else’.

For that, we had to get a population that really is interested in this stuff, so I came up with this idea – which later carried the name of Tiger’s Leap – which was to computerise all the schools, get computers in all the schools and connect them up. It met with huge opposition, but the government finally agreed to it. By 1998, all Estonian schools were online.

How did things progress from there, and what was the early public reaction like?

We had a lot of support from NGOs. People thought it was a cool idea, and the banks also thought it was a good idea, because they really supported the idea of digitization. By the end of the 90s, it became clear that this was something that Estonia was ahead of the curve on.

But, in fact, in order to do something, you really needed to have a much more robust system. That was when a bunch of smart people came up with the idea of a strong digital identity in the form of a chip card,22.Every Estonian has a state-issued digital identity which allows citizens to authenticate themselves, provide digital signatures, and use e-services. and also developed the architecture for connecting everything up, because we were still too poor to have one big data centre to handle everything. That led to what we call X-Road, which connects everything to everybody, but always through an authentication of your identity, which is what gives the system its very strong security.33.X-Road links up Estonia’s e-services and information systems, two X-Road systems can be linked together, allowing cross-border data exchanges.

It was a long process. I would be lying to say that it was extremely popular in the beginning, but over time, many people got used to it.

I should add that Tiger’s Leap was not always popular. The teachers union had a weekly newspaper, and for about a year, no issue would seem to appear without some op ed attacking me.

Estonia’s e-Residency programme allows non-Estonians access to Estonian services via an e-resident smart card. Do you think citizenship should be less defined by geographical boundaries?

Certain things are clearly tied to your nation, anything that involves political rights, or say, social services – if you’re a taxpayer or a citizen, you get those.

But on the other hand, there are many things associated with your geographical location that in fact have very little to do with citizenship. In the old days, you would bank with your local bank, you didn’t have provisions for opening an account from elsewhere because the world was not globalised. And it was the same thing with establishing companies.

So if you think about those things you can’t do, well, why not? We don’t call it citizenship, you don’t get any citizen rights, but why couldn’t you open a bank account in my country if you want to? If we know who you are, and you get a visual identity, you can open a company.

Most recently, we’ve been getting all kinds of interest from people in the UK. Because if you’re a big company in the UK, it’s not a problem to make yourself also resident in Belgium, Germany, France. If you’re a small company, it’s pretty hard. I mean, they’re not going to set up a brick and mortar office. Those are the kind of people who’ve been very interested in setting up or establishing themselves as businesses within the European Union, which, in the case of Estonia, they can do without physically being there.

What do you think Europe and the rest of the world can learn from Estonia?

There are services that are far better when they’re digital which right now are almost exclusively nationally-based. We have digital prescriptions – wonderful things where you just write an email to your doctor and the doctor will put the prescription into the system and you can go to any pharmacy and pick it up.

This would be something that would be popular that would work across the EU. Everywhere I go, I get sick. My doctor, he puts in a prescription. If I’m in Valencia, Spain, he puts it into the system, which then also operates in Spain.

The next step would be for medical records. Extend the same system: you identify yourself, authorise the doctors to look at your records, and they would already be translated. I would like to see these kinds of services being extended across Europe. Right now, the only cross-border service of this type that works is between Estonia and Finland. It doesn’t even work between Estonia and Latvia, our southern neighbour. So I think it’ll be a while, but it’s a political decision. Technologically, it could work within months. The Finns have adopted our X-road architecture especially easily. It’s completely compatible; we just give it away, it’s non-proprietary open source software.

The technical part is actually very easy, the analogue part of things is very difficult, because they have all these political decisions.

What would your positive vision for the future of the internet look like?

Right now I’m in the middle of Silicon Valley, in Palo Alto, and within a ten mile radius of where I sit are the headquarters of Tesla, Apple, Google, Facebook, Palantir – not to mention all kinds of other companies – producing all kinds of wonderful things, really wonderful things that not only my parents or my grandparents could never even dream of, but even I couldn’t dream of 25 years ago. But at the same time, when I look at the level of services for ordinary people – citizens – then the US is immensely behind countries like Estonia.

Unless you have services for people that are on the internet, the internet’s full potential will be lost and not used.

What do you think prevents other nations pursuing this idea of digital identity?

It requires political will. The old model and the one that continues to be used, even in government services in places like the United States, is basically “email address plus password”. Unfortunately, that one-factor identification system is not based on anything very serious.

Governments have to understand that they need to deal with issues such as identity. Unless you do that, you will be open to all these hacks, all of these various problems. I think I read somewhere that in the Democratic National Committee servers, that in 2015 and 2016, they had 126 people who had access to the servers. Of those 126 people, 124 used two-factor authentication55.A security method where a user confirms their identity with a combination of two factors – like when a social media site texts you a code if you log on from a new computer. to access the server. Two didn’t. Guess how the Russians got in.66.Hillary Clinton’s campaign chair John Podesta did not have two-factor authentication set up.

On balance, do you personally feel the web and the internet has had a positive or negative influence on society?

By and large, positive, though we are beginning to see the negative effects of social media.

Clearly, the web is what has enabled my country to make huge leaps in all kinds of areas, not least of which is transparency, low levels of corruption, so forth.

I would say we entered the digital era in about 2007, when we saw the combination of the ubiquity of portable devices and the smartphones, combined with social media. This led to a wholly different view of the threat of information exchange. And that is when things, I’d say, started getting kind of out of hand.

I think the invention of the web by Tim Berners-Lee in 1989 is probably the most transformative thing to happen since 1452, when Gutenberg invented movable type. Movable type enabled mass book production, followed by mass literacy. That was all good.

But you can also say that the Thirty Years’ War, which was the bloodiest conflict, in terms of proportion of people killed, that Europe has ever had, also came from this huge development of mass literacy. Because it allowed for the popularisation of ideology. Since then, we’ve seen all other kinds of cases; each technology brings with it secondary and tertiary effects.

We don’t quite know yet what the effects are for democracy, but we can sort of hazard a guess. We’re going to have to look at how democracy would survive in this era, in the digital era where we love having a smartphone and reading Facebook.