What the post-Soviet internet can teach us about the future

Pereslavl-Zalessky is the name of a Russian town that sounds sophisticated to Russians too. In the 12th Century, it was the capital of one of the duchies in Medieval Russia, before it grew into a province with plenty of monasteries, some museums, and mostly wooden houses. In 1984, the Institute for Program Systems was built here. Established in the period when the USSR built ambitious programs similar to the American “star wars”, the organisation is now a Russian research institution.

Together with my grassroots band of researchers – the Club for Internet and Society Enthusiasts – I came to Pereslavl-Zalessky hoping to uncover the history of the internet in Russian cities. This history is far from being linear, as neither the Soviet Union nor the Russian government had any special interest in the internet for many years. In 1998, the first government strategies regarding the internet were introduced, but before this there was never one strategy for the whole country, so each Russian city has its own unique story. 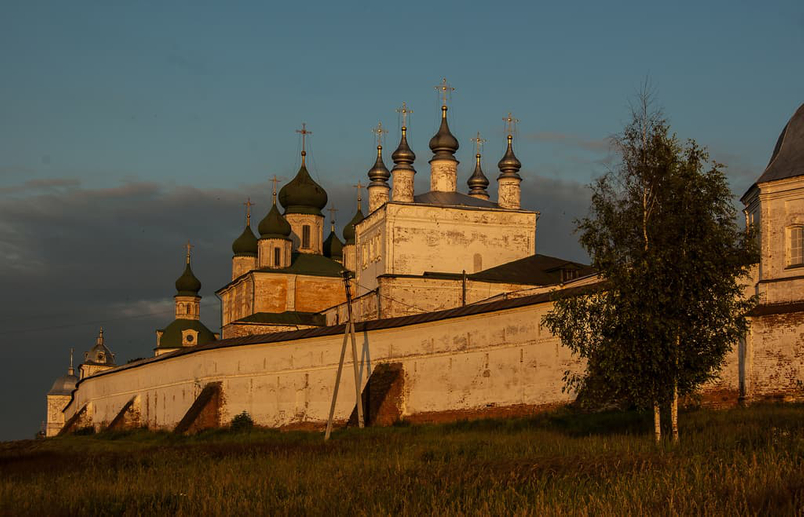 We knew that Pereslavl-Zalessky had an outstanding history of scientific initiatives – but who could ever imagine that there was a kindergarten with a network for both kids and parents in the early 1990s?

In the 90s, a local kindergarten was connected to a network of houses. Children learned to program and their work was shared with parents across the network

A local kindergarten (“Pochemuchka”) was connected to a network of houses, simply because it was in a central, convenient location to run wires through and host the main server. In the kindergarten, children learned to program with the programming language “Logo”, and all of their work was automatically downloaded to the local network. This meant parents could access their children’s work and the works of their classmates in the kindergarten.

Now, more than twenty years after this pedagogical experiment, I’m an internet researcher and teacher who enthusiastically reads research papers about children, the internet, and well-being. But parents and kids are almost never treated as collectives in these papers. There are interesting research projects about children and parents, but quite rarely any about parents and children as a community. It’s not necessarily a bad thing that we have moved away from our ideas and ideals about the internet in the 1990s, but we could perhaps learn something by looking back.

Post-Soviet history has many hidden gems like the “Pochemuchka” story. I consider them to be important when we talk about the current crisis of utopian thinking. The future is often treated as something we need to imagine, but I think we should view it as a performance of something that was imagined in the past.

When we think about internet, its past is not only global, but consists of diverse histories. The internet is not a linear technology, but a complex one. It consists of histories that might diminish the opposition between local and global. Therefore I believe that studying the post-Soviet Russian internet can reveal how the future might be found in history.

The internet’s past is not only global, but consists of diverse histories

What was life like for technologically-minded people in post-Soviet Russia?

The 1990s was a turbulent period for many post-Soviet people. The rapid demise of the Soviet Union brought radical change to everyday life and the social structure. It was a tricky period for the “technical intelligentsia”, including Russian engineers and mathematicians. Not many of these individuals and groups had the skills to be entrepreneurs and survive in a market economy. University salaries barely reached living wage, and payment was often greatly delayed.

In this new social order, engineers and mathematicians sometimes lost the privileges and benefits they had as members of the middle class in the Soviet system. The new social structure was unfamiliar to them.

Yet while the social world was completely changing, the technical one wasn’t completely new. People in the USSR didn’t have networks like ARPANET (the American ancestor to the contemporary internet) or Minitel (one of the world’s most successful pre-internet services), and they rarely owned a PC at home. But they had developed their own computers and bought ones from abroad, had coding lessons for school children, and knew much about Western countries’ inventions. So when people finally gained an opportunity to develop, use and buy contemporary infrastructure, they approached it in a way that inherited several traditions. The key features of these traditions was an emphasis on collaboration and knowledge sharing. Therefore there were plenty of projects unconcerned by market effectiveness.

To understand more, we must examine the history of Runet. A portmanteau of “Russia” and “network”, the term Runet was allegedly coined in 1996 by Raf Aslanbeyli, a journalist who lived in Israel, to describe the Russian-speaking internet. As intelligentsia from different post-Soviet spaces moved to other parts of the world, Runet helped them to stay in touch and co-create a public space. Being text-oriented due to technical limitations, the early Runet brought together those for whom text was important: journalists, writers, mathematicians, and artists.

There was net art, poetry, games, and experiments with cyber-literature and new genres of journalism. In the early 2000s, Livejournal became an alternative public space where oppositional journalists and the intelligentsia communicated. Later Facebook inherited this role, becoming a tool for mobilisation by aiding anti-government movements between 2010 and 2012. It is important to understand that Runet is completely different from the internet as a whole in Russia. The internet in Russia is diverse, and we cannot say that it is an activist instrument or an alternative cyberspace for creative people. Runet was – and still is sometimes. Yet I feel it is rather predictable and therefore not fruitful for thinking about the future – we must look beyond it.

As we researched different Russian regions, we discovered a series of nets which haven’t been a part of the standard historical narrative of the internet. These nets were used for pragmatic reasons: they provided a different type of collectivity which I’d call local or translocal. Each net had a different purpose — some of them have an infrastructural basis and are city-based (Tonet, created for the city of Tomsk), and others are projects related to national and linguistic identity and therefore are not associated with any one place (Tatnet, see Sibgatullin for details).

“The first website we’ve made was a website about our city,” explained one man we interviewed in our expeditions to cities in South Russia. He aimed for this website to have a global audience and wished to change the way people from the United States understand Russia. “We have taken the camera and made pictures or scanned the ones from archives. We have presented museums, theaters, all the culture of our city. This is what we are, our city and Russia.”

Tonet was particularly interesting. The city of Tomsk is a university centre in Siberia. From about 1999 to 2012, Tonet was a city-scale network with similar resources to the “big” internet. Tonet had local newspapers and forums, amateur literature resources, and advertising collaborations, as well as torrents, its own Wiki and plenty of other resources which were “mirrors” of the global internet. It was almost free (about $6-8 per month at that time) for those who lived in Tomsk and was not available from outside the city.

Networks like this can provide a kind of freedom because they are not regulated by official laws, but they can also be restrictive: as a local, it is hard to have true anonymity. Although big corporations might not have your information, your neighbours do. Old-fashioned life in a small town evolved into this new, translocal collective organisation where people presented themselves according to their own norms.

But then, between 2009 and 2011, there was a rapid growth of internet users because of the “triple revolution” in Russia. A term introduced by sociologists Barry Wellman and Lee Rainee (2012), the “triple revolution” describes the cheap rates of connection, affordable smartphones, and various social networks that suddenly became available in Russia. After this, the internet became widely popular. This coincided with the growth of platforms such as Facebook (and Russian equivalents such as Vkontakte and Odnoklassniki) and the variety of “nets” seemed to be forgotten.

In our research, however, we did find some people who continue to use the internet in a smaller, local way. We asked one man in a Siberian city, who has been using the internet for many years, whether he engages in national chatrooms and forums.

“Never,” he said. “Why do I need one if I cannot drink beer with the same people?”

What can we learn from post-Soviet history?

The history of these “nets” shows us just how unpredictable the internet can be – and this is crucial for thinking about the future. We can’t really foresee the future, but we can learn a lot by using history as a source. These are just my observations, as a grassroots researcher, but questions have been raised.

What can we learn from the history of Russian “nets”? Firstly, we can examine the ways we think and know technology. If we think about interactions with machines and networks as a process of teaching and learning, we might see ourselves not as “users” who are eager to exploit technology, or are competing to maximise profit, but as partners and collaborators. In turn, this might change how we act collectively online.

Secondly, we must understand the risks of misjudgement. Runet was seen as an alternative cyberspace which could change the social structure in Russia, but now it is used as a banner for business and activists who see the internet narrowly – a space for content, but not a radically transformative power. We must wait for things to play out and reserve judgement.

Even if some prototype of a post-internet already exists, we’re not yet equipped to recognise it.

As a quintessence of several modernity projects, the internet became an opportunity to restructure our world. Future historians will probably treat it as a communication feature similar to the late Roman city which rarely survived into the Middle Ages. The streets became much narrower, the communication system radically changed, and there arose temples that scratched the sky. Even if some prototype of a post-internet already exists, we’re not yet equipped to recognise it.

Finally, all these “nets” inspire us to rethink the boundary between the “global” and “local” internet. As a global network, the internet introduced plenty of local changes, problems, and solutions. It evolved not from above, but coincided with what had been before: it was neither an opportunity for escape or control. As the philosopher and historian Mikhail Gefter once wrote, instead of “one world”, we have a “world of worlds” – and now, it is our challenge to understand them.

Lecturer at Higher School of Economics, coordinator of club for internet and society enthusiasts (Moscow).